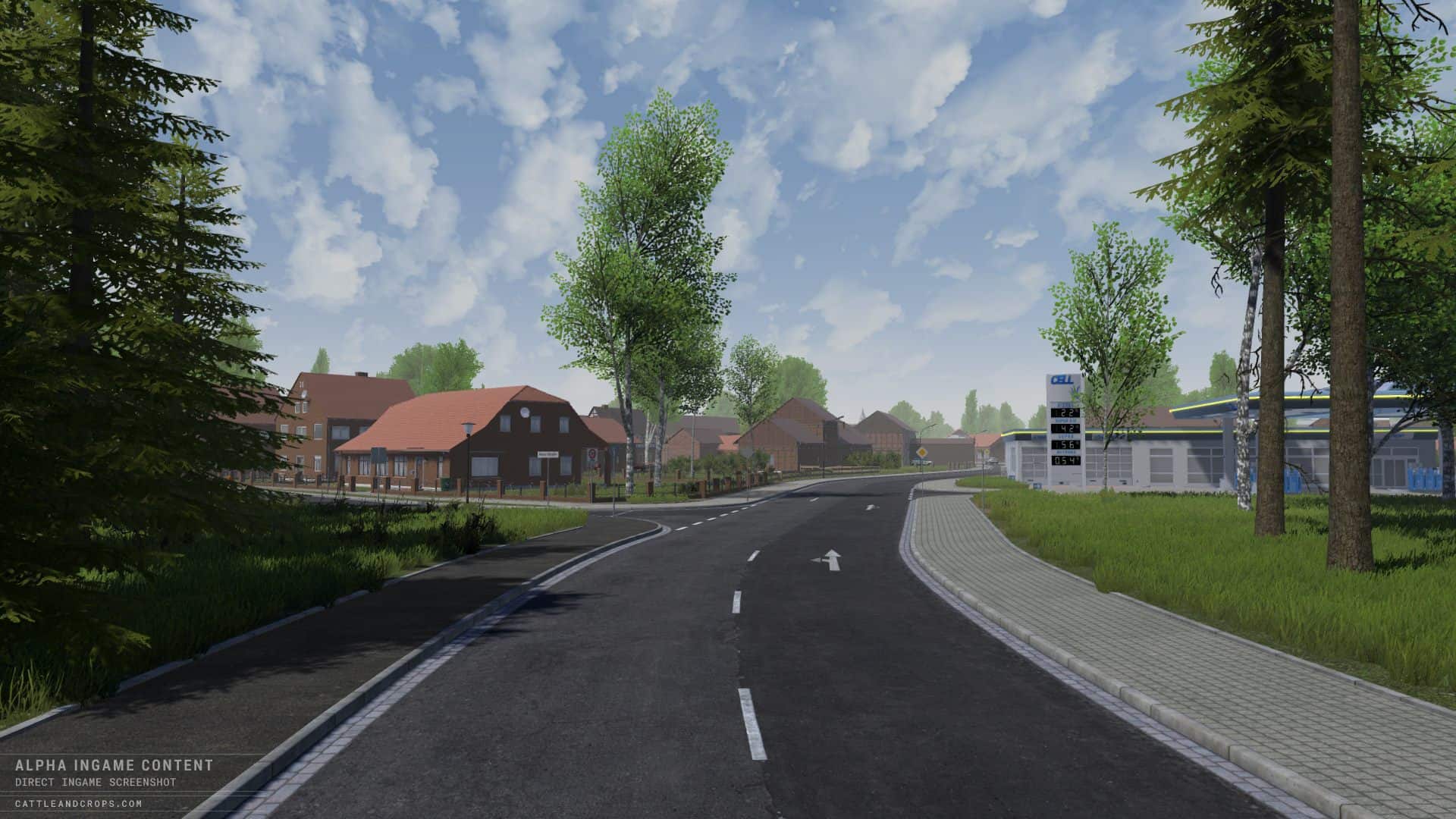 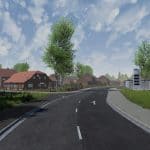 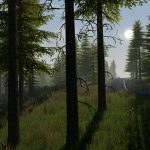 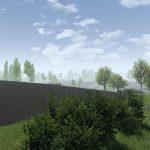 With today’s Early Access Community Update v0.1 you get a new map with the project name “Albergtal”. With it comes the new savegame system, menu adjustments, more machinery and some bugfixes.

Corresponding to the map we have created a small introductory quest that provides you with improved starting conditions for the following free game on the Albergtal after a few hours of gameplay. You can also decline the quest and start directly with the free game, get a loan and decide for yourself what you want to buy. It is still possible to play the tutorial missions in the tech demo map.

The following traders are included:

These traders are also marked on the minimap.

There is a farm with shelters and a shed where you can keep ca. 50 bulls. Adjacent are two pastures you can transfer the bulls to. However, the pasture feeding isn’t as yielding as the feeding with maize. Bulls now also produce slurry when in the shed.

At the moment you have maize at your disposal. You can either store it as fodder at the farm or sell it directly to the biogas plant, at the harbor or in a silage heap. You can get the seeding material at the cooperative in the village, plant protection products at the harbor and slurry at the sewage treatment plant.

A new save game system provides us with the option to use vehicles on different maps in the future. We can also perform changes on the map or the machines that should be compatible with your save games.

The user interface has been improved and adjusted. The starting menu and the first tabs like “Tasks” and “Planning” have been reworked. With the new starting menu you can now work in the editor, without a map running in the background that costs performance.

The fundamentals for level, reputation, factions and XP have been implemented, they have no effect at the moment though.

A function for renting and hiring machines and employees has been added. If you need something short-term you don’t necessarily have to buy it. Topics like leasing and seasonal laborers will be added at a later time.

AI and machines had to be heavily adjusted for the hilly map with its varied fields. By now we have found values that enable the AI to harvest a field to 99%. Sometimes you have to intervene in the employee convoy, but this shouldn’t be the case too often. Just consider it as employee LVL 1

The economical parameters of plants, animals, fodder, yield etc. have been roughly adapted to real and average values. It will take some time until we have coordinated weather, soil, plants, harvest and animals. For the beginning it should suffice to earn money and buy more machines and fields.

AMD driver update: AMD has optimized their OpenGL drivers for us. The driver 17.12.1 gives us optimizations that avoid CPU bottlenecks and enable us to display ground vegetation far better.

We would have needed more time for this update to be functional in a way we have pictured it for the Early Access, like the topics balancing, silos, biogas plant or the bugtracker. We absolutely wanted to give you this update before christmas and didn’t want to wait until everything is ready. Principally you are now able to get busy on the map, either selling maize or fattening the bulls. We hope you accept this compromise.

The team from MBB wishes you fun testing and Merry Christmas!